Sir Rodney Playfair, gentleman thief, has a simple plan: impersonate a psychiatrist, infiltrate a country house, steal a priceless Egyptian scarab and make it back to London in time for cocktails. All in a day's work for the illustrious 'Magpie'.

Alias 'The Magpie' is a parser interactive fiction game, or text adventure. There are no graphics! You play as Sir Rodney Playfair, alias the 'Magpie', typing commands to decide what he does next!

"It always pays to keep one's ears free of wax, as one never knows when one is going to overhear some titbit of information that later proves invaluable. Such was the case at the Dionysus Club, yesterday afternoon, when you happened to overhear the noted psychiatrist, Doctor Cornelius Drake, he of the ginger moustache, talking over the phone to his secretary.

'Cancel all my appointments for tomorrow, Miss Henshaw,' said the shrink, 'I've been summoned down to Hamcestershire by the Earl of Hamcester. Never met the fellow, but he'd heard of me by reputation. Wants me to give his brother-in-law the once-over. Apparently, the poor chap thinks he's exploring the Congo. Sounds like a clear case of incorrigible delusion to me.'

This telephone communication piqued your interest, and the reason it piqued your interest was that you happened to know that the Lord Hamcester to whom it referred was a collector of sorts, and that amongst his collection was an extremely valuable Egyptian jewelled scarab. In fact he had outbid you at auction for the very piece. It is a sad fact that amateur collectors are rarely aware of the true value of the pieces they possess, and it is not uncommon to find them displayed among a plethora of inferior items. Who knows what other gems might be squirrelled away amongst the bric-a-brac at Bunkham Hall?

It was the work of a moment to call Miss Henshaw, posing as the Earl, and cancel the appointment. And it was an equally simple matter, the following morning, to don a suitable disguise and take the 10.15 to St Bartholomew-on-the-Bog, Hamcestershire, in Doctor Drake's place. All in a day's work for Sir Rodney Playfair, alias the notorious gentleman thief known as 'The Magpie'!"

"Alias ‘The Magpie’ plays like one of the best games from the Infocom era, but with a rich setting, motivated puzzles, and memorable characters." - IF Comprehensive

"Alias 'The Magpie' drew me in quickly, with its very English tone and sense of humor. I found it cleverly-written, well-implemented, and a lot of fun to play." - Mike Spivey, IFDB

Alias 'The Magpie' can be played in a browser, or offline using a Glulx interpreter. Interpreters are available for all systems. Visit Brass Lantern for download links. 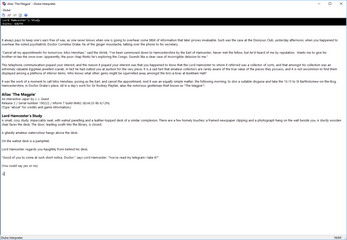 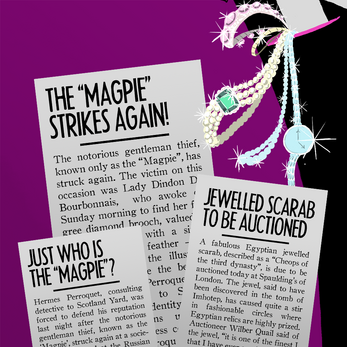 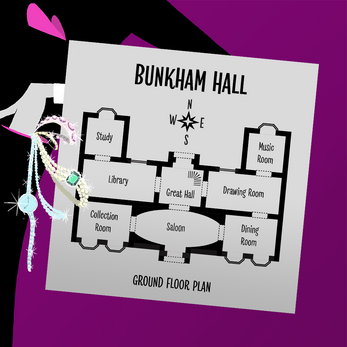 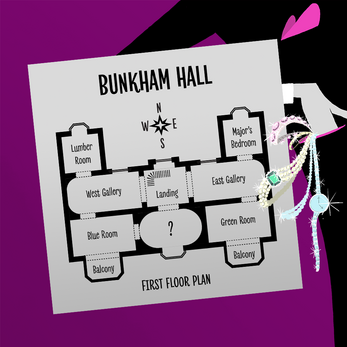